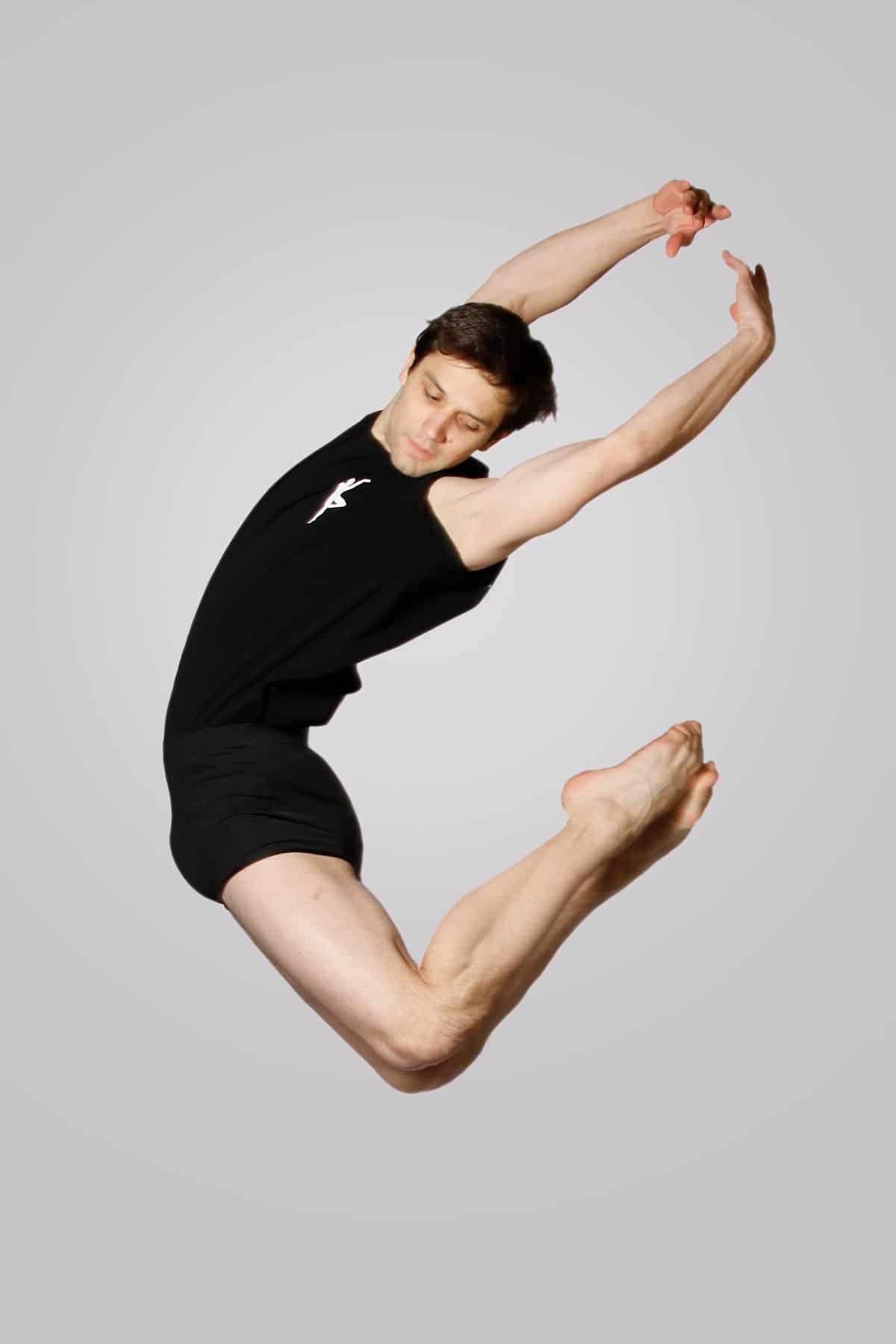 Upon graduating from the Belarusian State Choreographic College in 2010 with distinction, Konstantin has gradually gained international recognition and received multiple awards and nominations. In 2018 Konstantin received the title of The Honored Artist of Belarus.

Konstantin had an artistic collaboration with the founder and director of the international festival World Ballet Stars Vadym Pysarev and has performed as a guest artist at Nina Ananiashvili’s Gala Concert, who has been described by the Daily Telegraph as one of the twelve greatest ballerinas of all time and was named Best Ballerina of the Year by the US Dance Magazine in 2002. 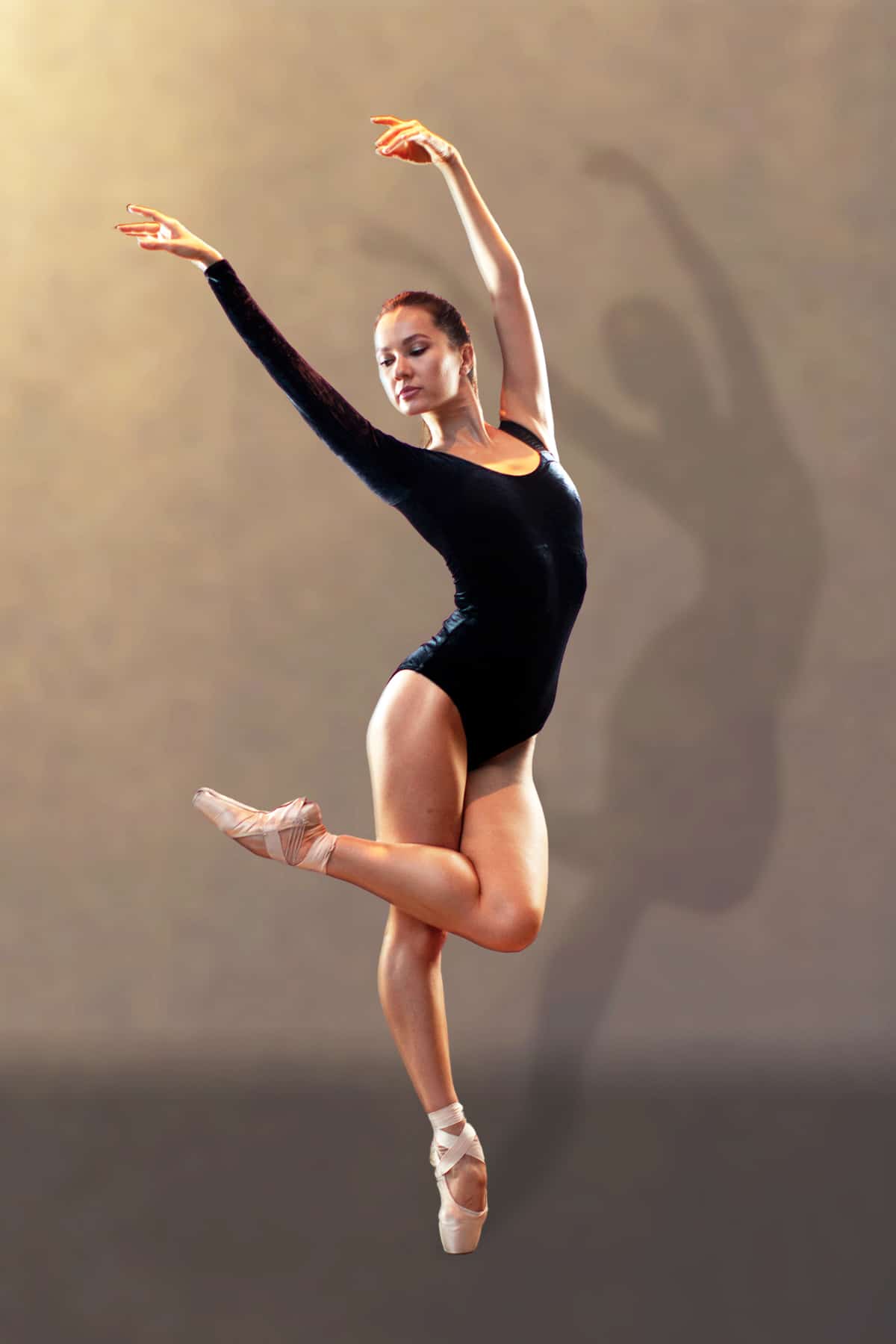 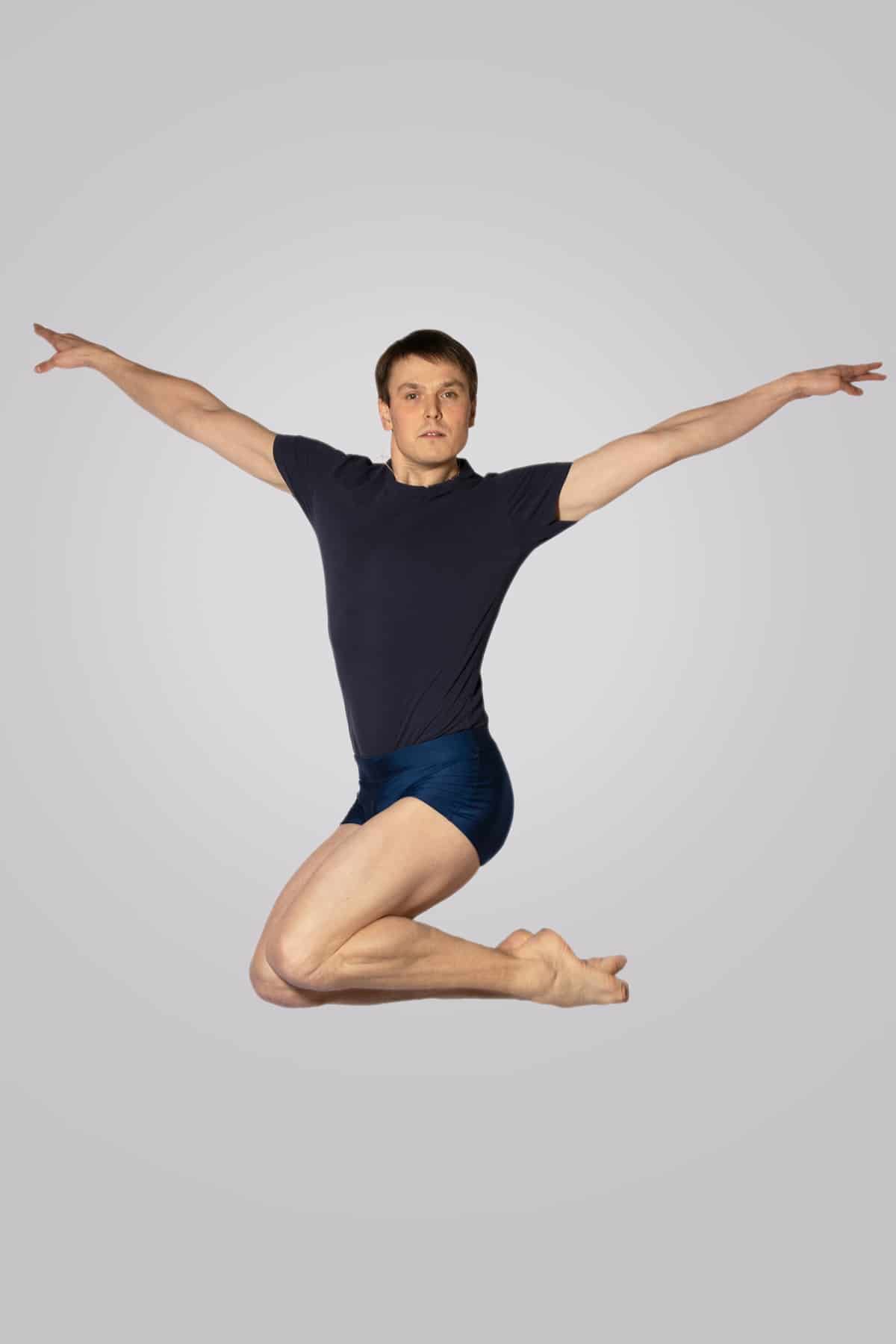 Egor Azarkevich graduated from the Belarusian State Choreographic College and joined the ballet company of the National Academic Bolshoi Opera and Ballet Theatre of the Republic of Belarus in 2007. He is famous for his portraying of the Slave and Solor in La Bayadère, Ali in Le Corsaire, Siegfried and Von Rothbart in Swan Lake, Romeo, Tybalt and Paris in Romeo and Juliet, Soloist in Paquita, Spartacus and Crassus in Spartacus, The Price in The Nutcracker, Khan Girey and Vaslav in The Fountain of Bakhchisarai, the Poet and Goliard in Carmina Burana, Rogneda`s brother in Passions (Rogneda), Phoebus in La Esmeralda, God and Adam in The Creation of the World, Price in Snow White and the Seven Dwarfs, Hans in Giselle, Gurn in La Sylphide, Shakhzaman in Scheherazade, Tristan in Tristan and Isolde, His Excellency and Student in Anyuta, Espada in Don Quixote, Price and Désiré in The Sleeping Beauty, Dark Angel and Boy in Serenade, The Vizier in Thamar, José in Carmen Suite, Soloist in Bolero, Ivan in The Firebird, Bahram in Seven Beauties, The Pilot in Le Petit Price and many others.

Egor obtained a diploma in Rudolph Nureyev International Ballet Competition (RNIBC) in Budapest as a finalist in 2008. 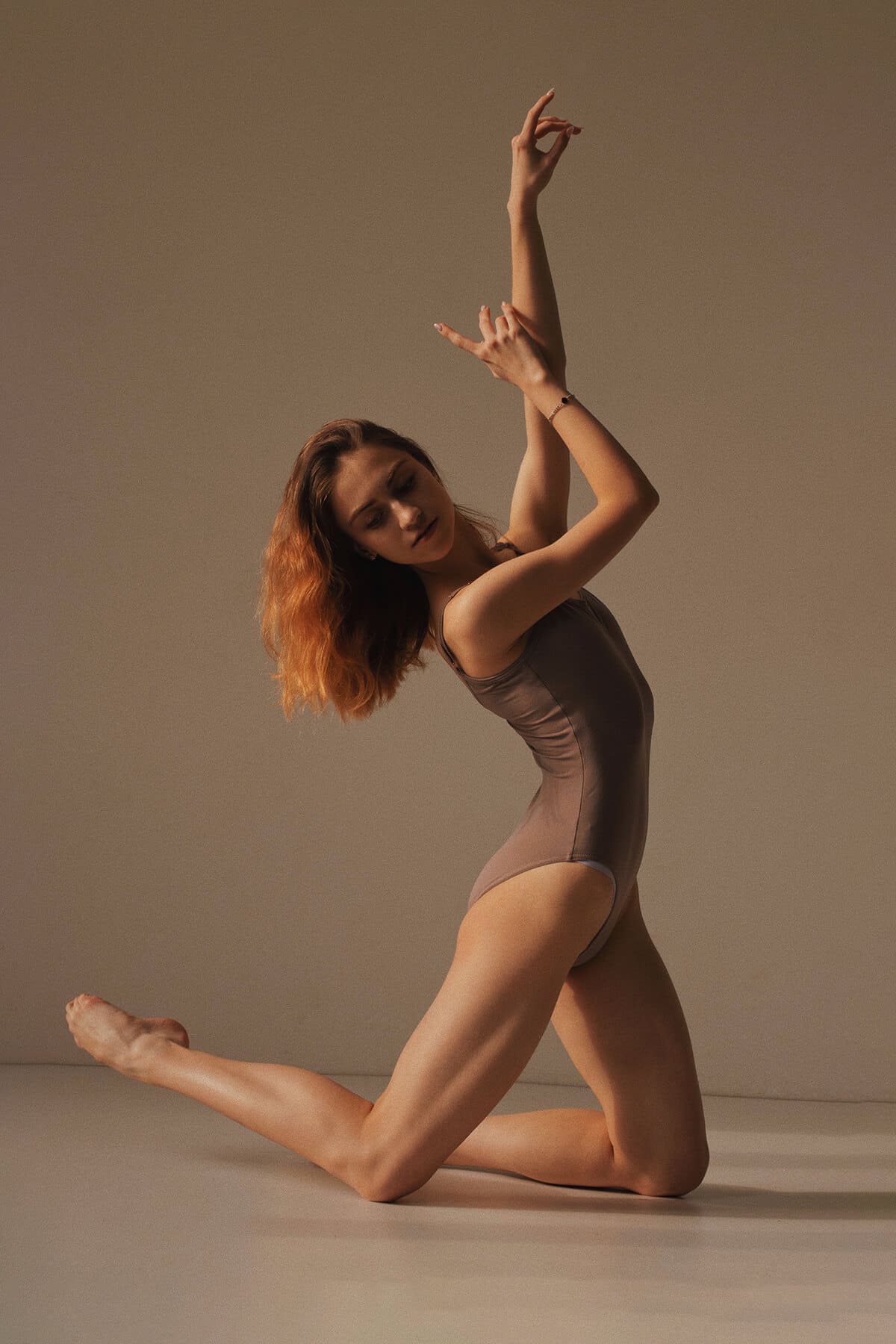 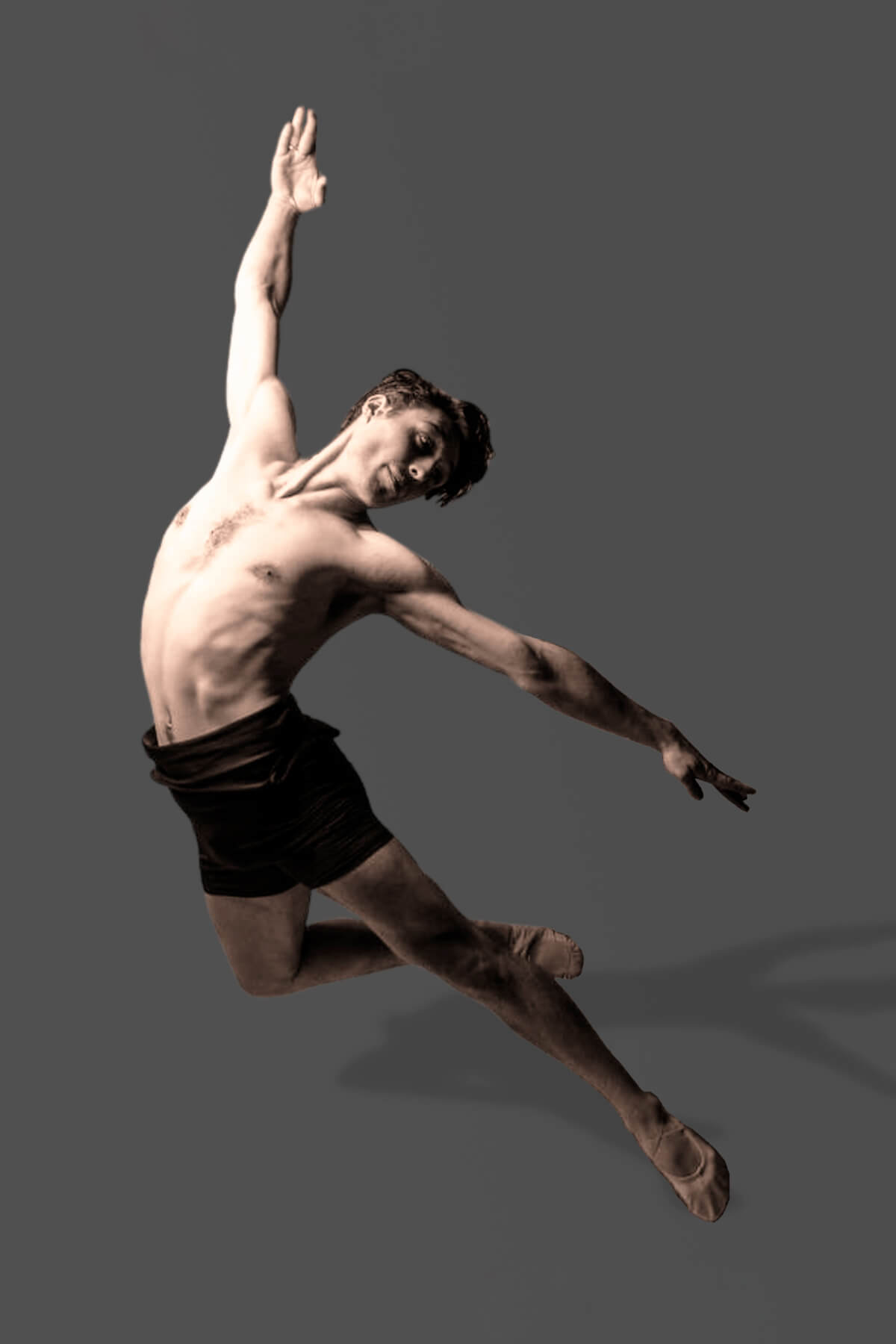 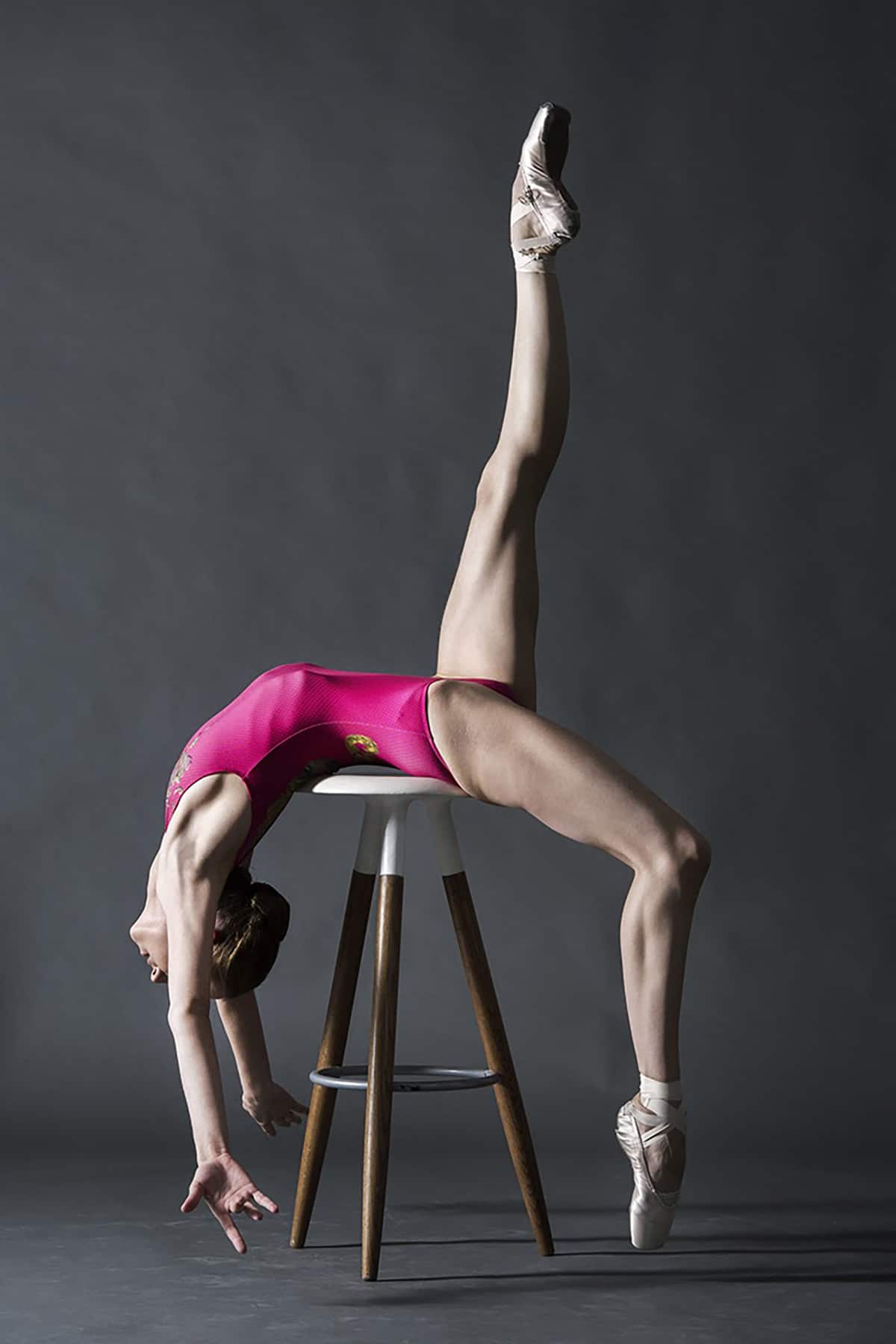 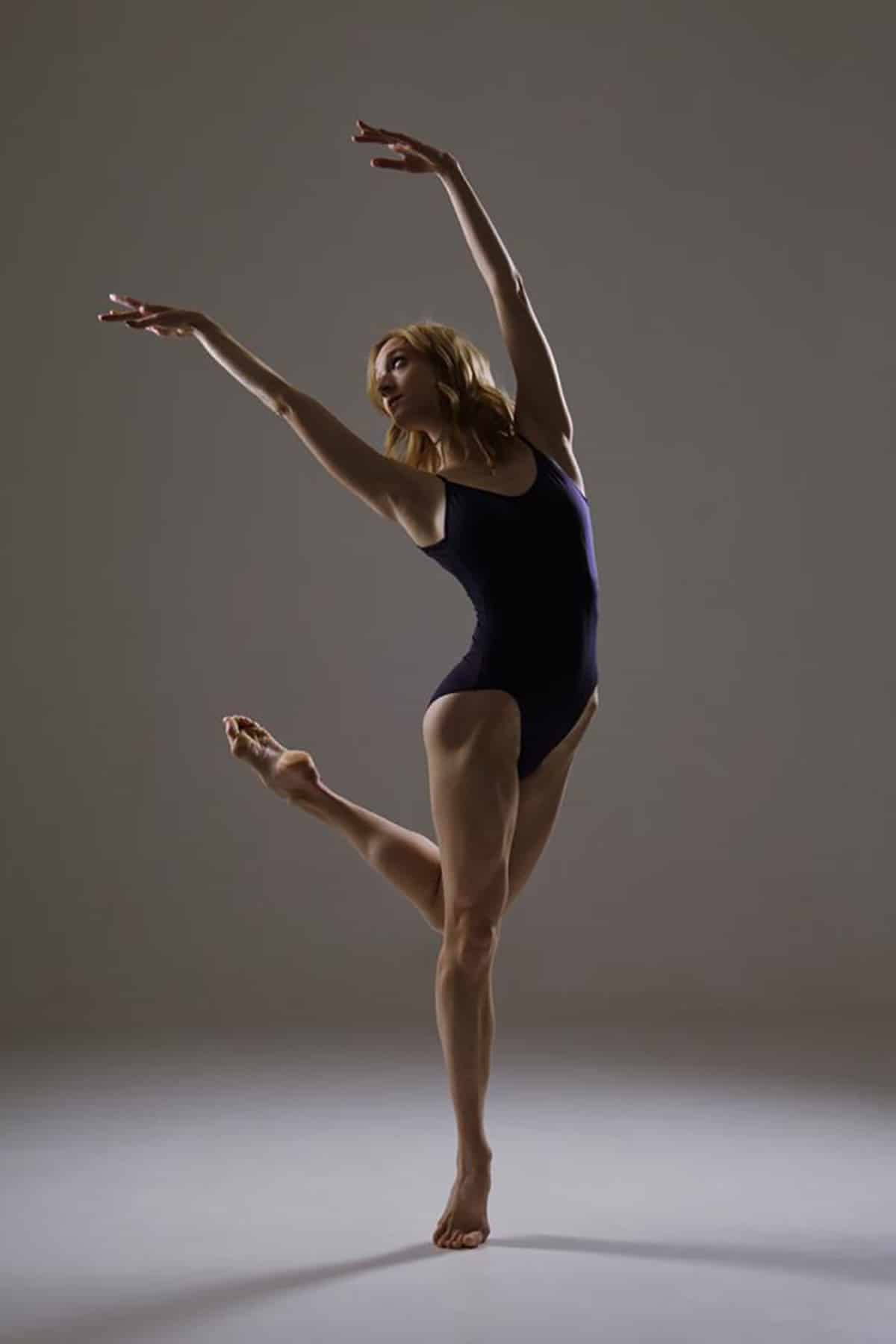 Anastasia danced with Canada’s Royal Winnipeg Ballet as an apprentice from 2016 to 2018 and with Konstantin Tachkin’s Ballet Theatre in Saint-Petersburg from 2015 to 2016 and in 2018 as a member of the corps de ballet. She joined Cononov Concept Dance Theatre in 2020 as a soloist dancer. In the summer of 2021, Anastasia performed at Gala Concert hosted by the St. Petersburg International Economic Forum. 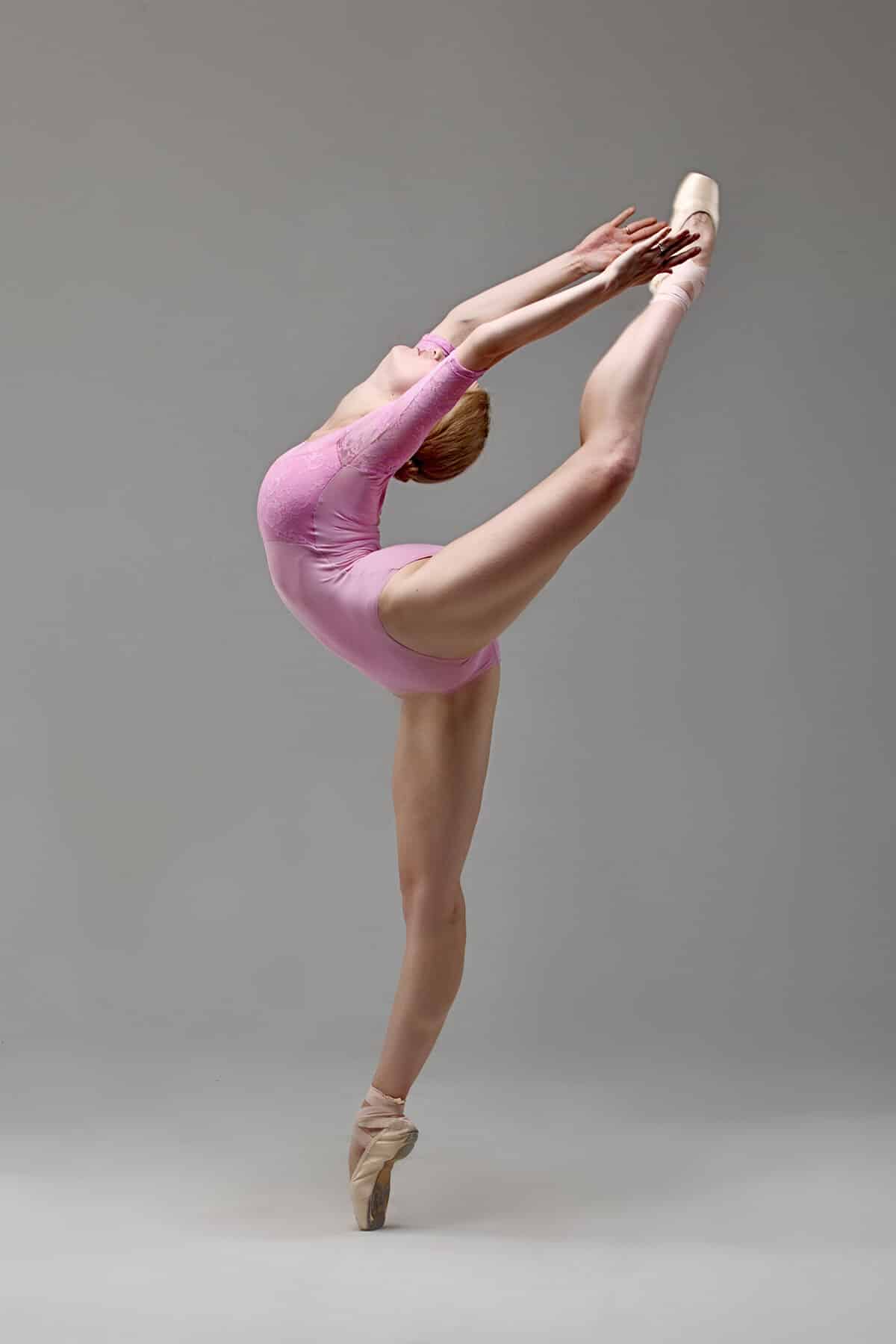 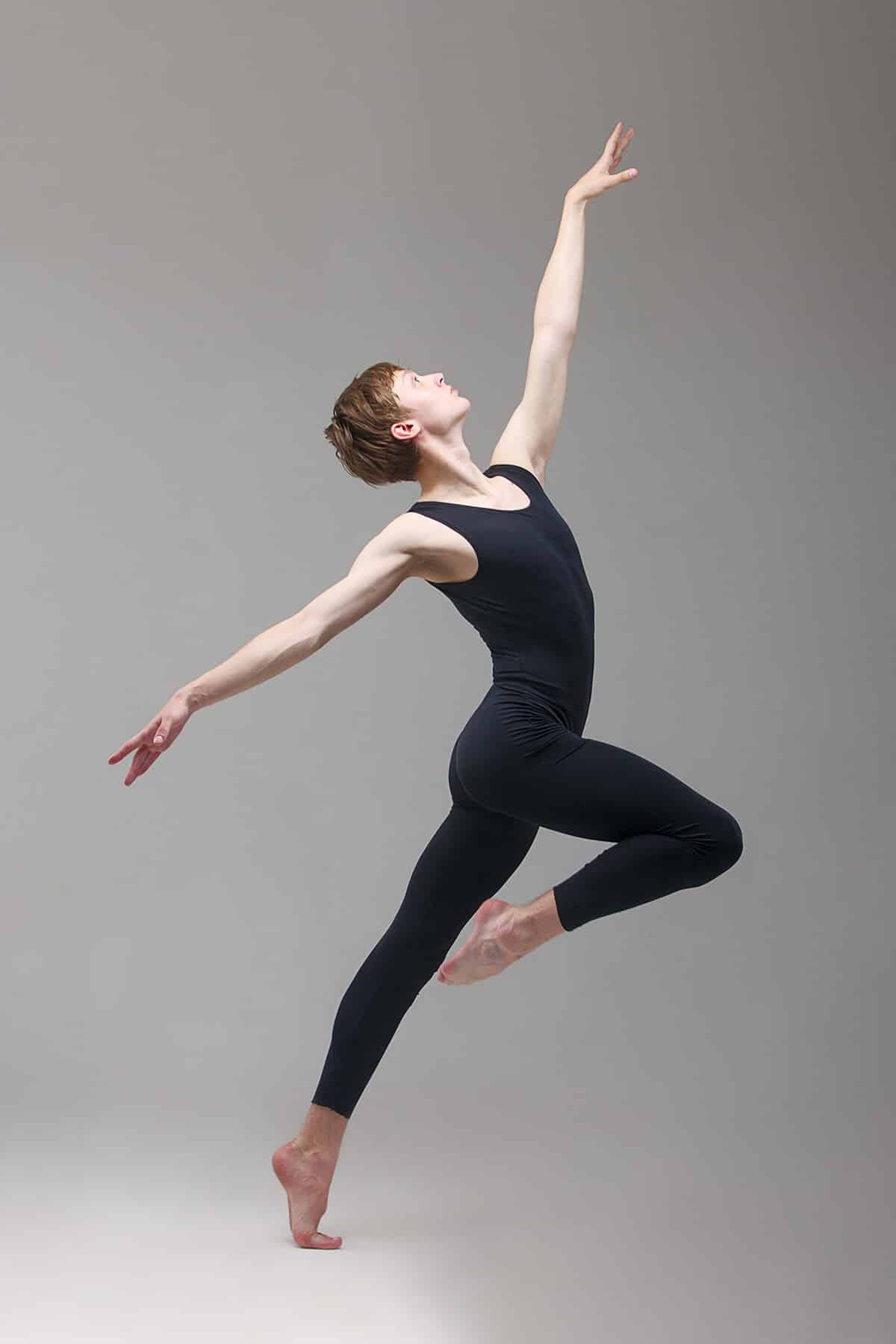 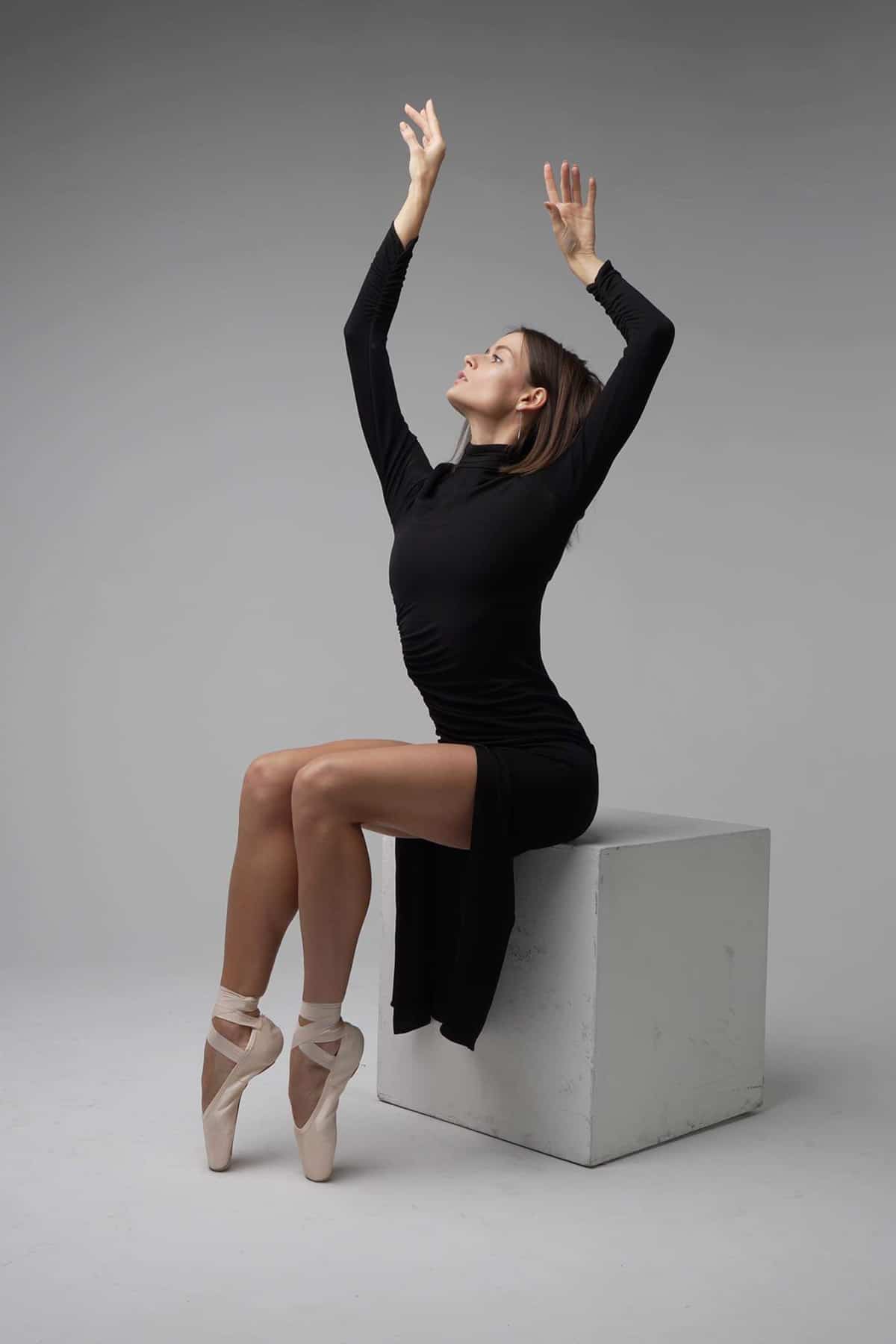 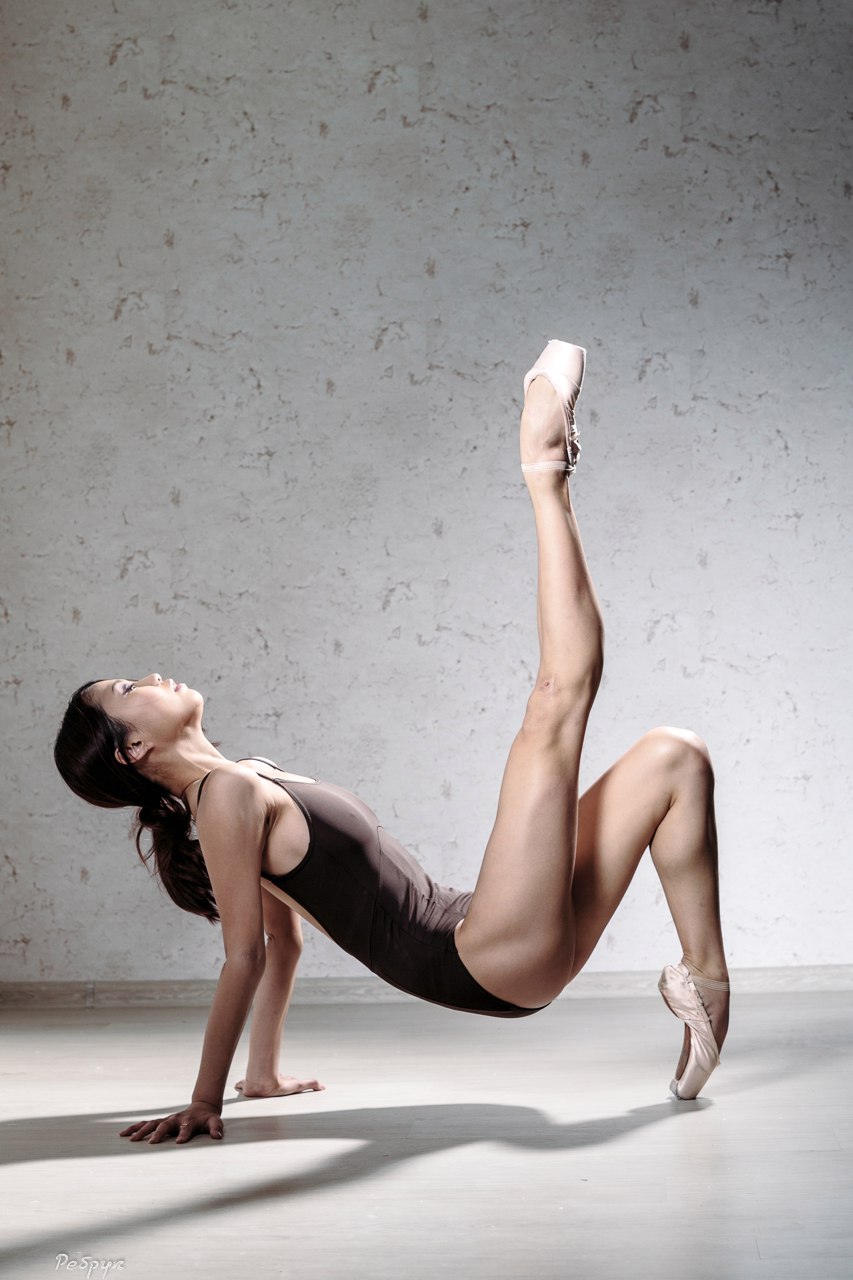 Kyunsun Park was born in Korea, yet received a Vaganova Ballet education which gives her performances their own unique fabric.

She was trained at the Russian Ballet Academy in Japan, spent three years at the Vaganova Ballet Academy and performed with the Odessa State Opera and Ballet Theatre.

Most majestic for her, thus far, has been her time as a soloist at the Yekaterinburg State Academical Opera and Ballet Theatre.

Kyunsun’s finesse and prowess no doubt comes from her training with Irina Sytnilova (formerly a Mariinksy soloist and Associate Professor at the Vaganova Russian Ballet Academy) and “Sir of Dance,” Gennady Selutsky, one of the most honored professors at the Russian Ballet Academy who danced for over 35 years with the Mariinsky Ballet. 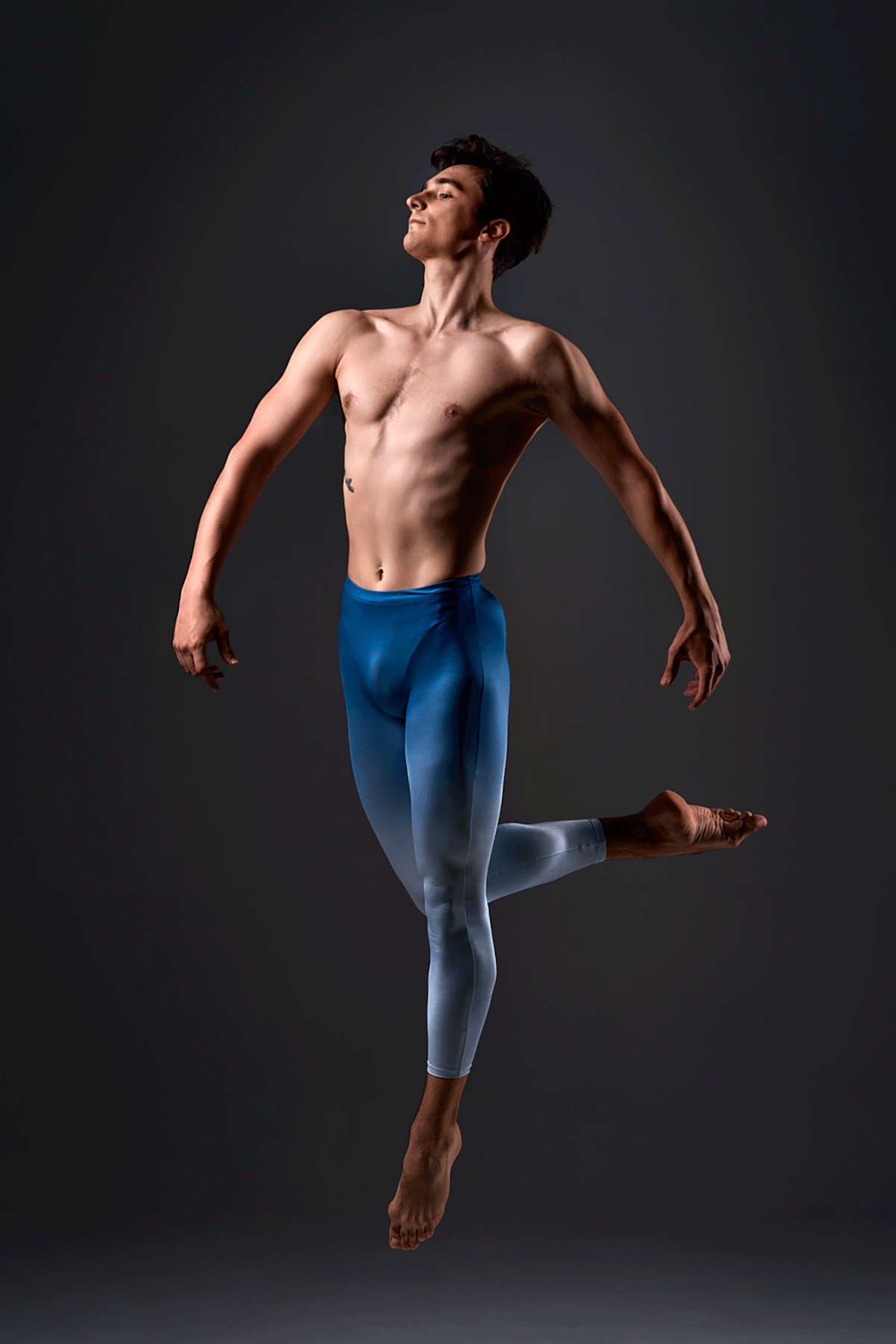 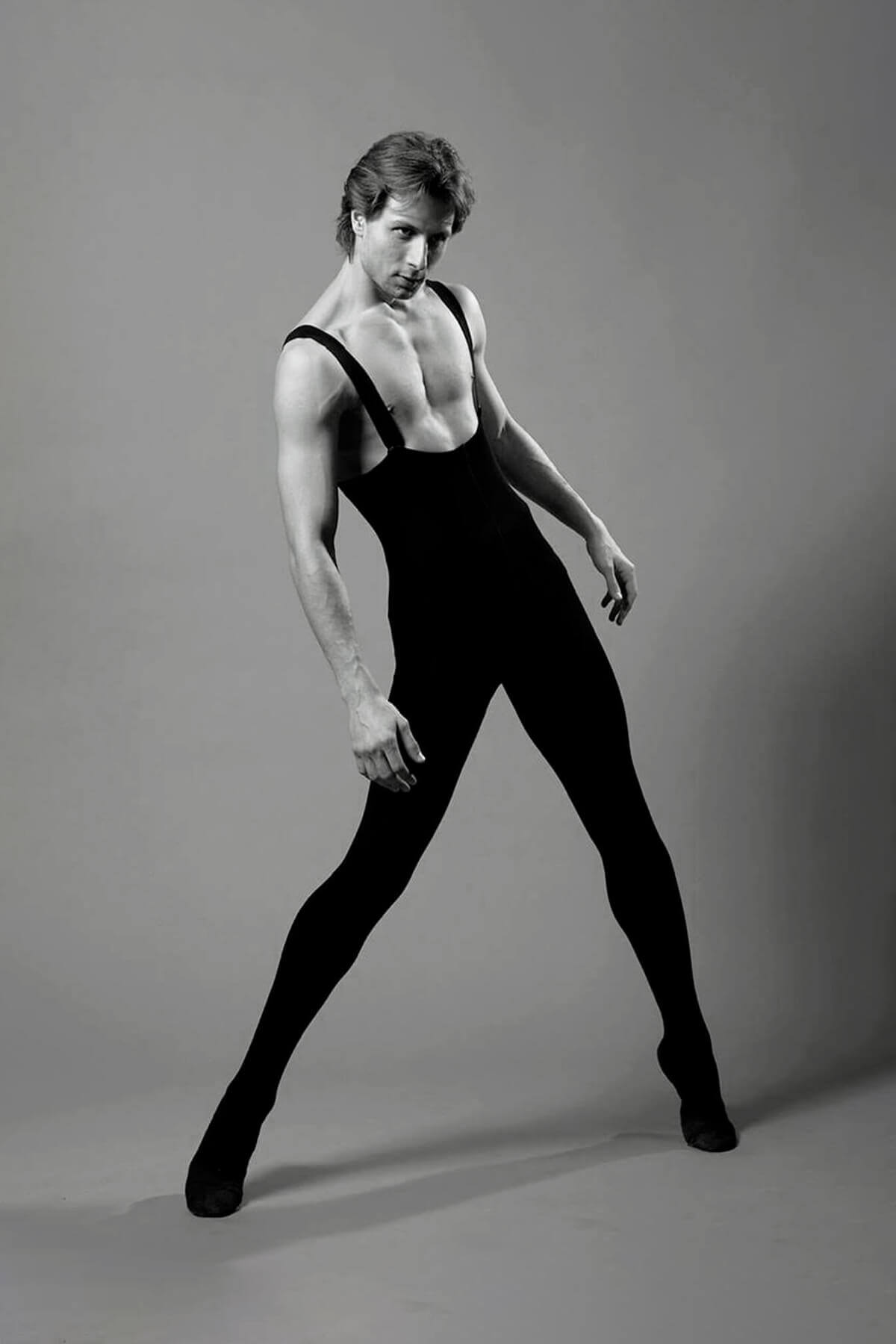 Anton was born in Minsk. He graduated from the Belarusian State Choreographic College. While still in the last years of study he was accepted into the troupe of the Bolshoi Theater of Belarus. Possession of bright artistic and technical abilities allowed him to achieve success in the shortest possible time and become the Premier of the Bolshoi Theater of Belarus. Over the years of work, there was not a single performance in which he would not take part. Each role performed by him makes you think and leaves a mark on your heart for many years, and the possession of natural stage charm leaves no one indifferent and makes every viewer fall in love with him.

During the period of work, he participated in all tours of the theater, in more than two dozen countries. He enjoys great respect and influence in the team. He passes on his brilliant skills and experience to the younger generation, being not only a teacher at the Belarusian State Choreographic College, but also a teacher-tutor at the Bolshoi Theater of Belarus. His sense of style and ability to think outside the box was repeatedly used by choreographers when staging new performances, when he was involved as an assistant director (Anastasia, Polovtsian Dances, Faust, The Little Humpbacked Horse, etc.). 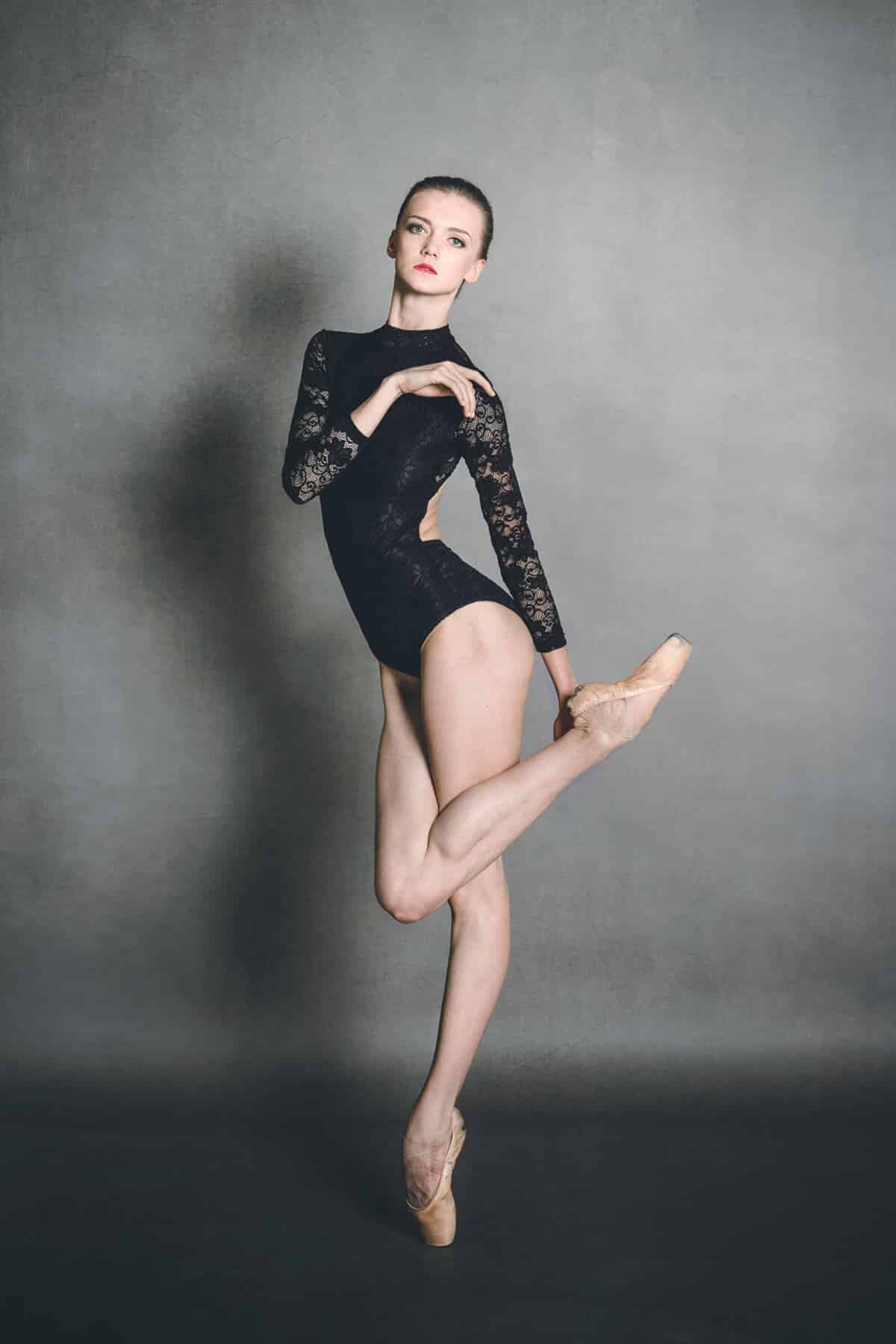 In 2015 she was invited to the Mikhailovsky Theatre in St. Petersburg, Russia, and was promoted to the rank of First Soloist in 2021. Andrea was one of the few ballerinas to work under the tutelage of Madame Tatiana Nikolaevna Legat. From 2021-22 she was coached by former Kirov Ballet Prima Ballerina Zhanna Ayupova and worked frequently with choreographers Nacho Duato, Oleg Vinogradov, and Mikhail Messerer. 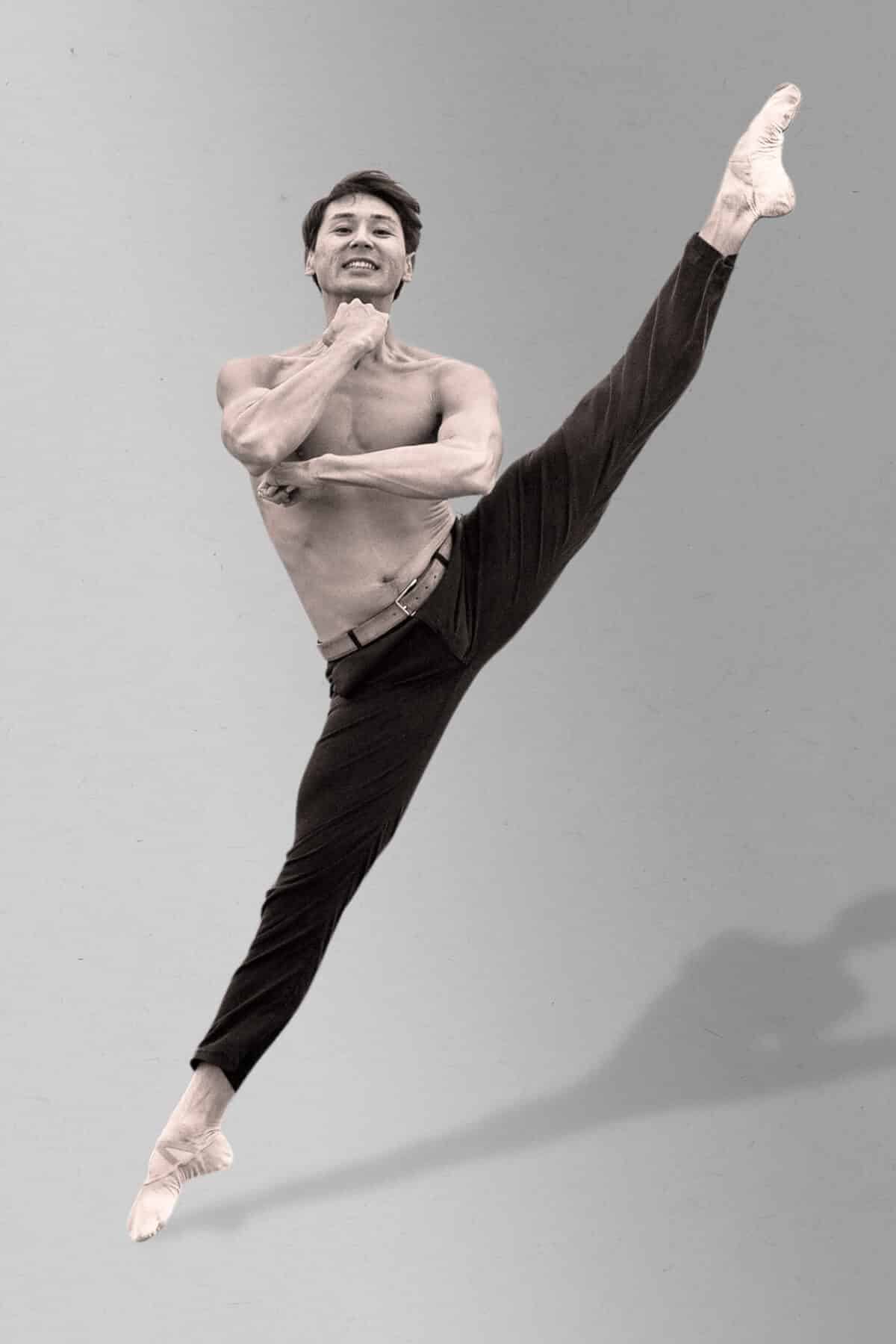 Born in a small town in Kyrgyzstan – the town of Balykchy, Kanat never thought about ballet as a child, just played football and enjoyed the delights of country life. At the age of 11, his family moved to the capital of Kyrgyzstan, Bishkek, and he needed to continue his studies somewhere. His uncle, the People’s Artist of the USSR, the famous ballet dancer Cholponbek Bazarbaev, having looked at his natural abilities, advised him to enter the ballet school. Thus began the story of Kanat in ballet.

While still a high school student, Kanat already danced solo parts at the Bishkek Academic Theater. In 2010 he began to cooperate with the Moscow troupe “Moscow City Ballet.” From 2012 to 2014 he was a soloist of the ballet theater in Seoul “Universal ballet.”

In 2015 he moved to Vladivostok as the premier of the Mariinsky Theater of the Primorsky Stage (there he met Irina Sapozhnikova – his future wife).

He repeatedly danced on the Historical Stage of the Mariinsky Theater in St. Petersburg the classical repertoire of World Ballet Series.

Irina was born in a small town in Russia, (town of Abdulino, Orenburg region). Since childhood, she loved to dance and from the age of 4 she began to attend a ballet class. She first appeared on stage at the age of 6, and immediately fell in love with it.

At the age of 11, she entered the Bashkir Choreographic School named after R. Nureyev (Rudolf Nureyev took his first dance steps at this school and after that went on to St. Petersburg to enter The Vaganova Academy). She studied there for 8 years and after graduating from the ballet school with honors she was accepted into the ballet troupe of the Bashkir State Opera and Ballet Theater (Ufa). Gradually, having gone through the entire corps de ballet, she began to dance solo parts in classical and modern ballets.

After working at the Bashkir Theater for 6 years, Irina, at the invitation, moved to the city of Vladivostok, where a new theater was opened (2013), the Mariinsky Theater in the Far East. In this theater, she performed the leading roles in all performances. Repeatedly, as part of the troupe of this theater, Irina danced on the historical stage of the Mariinsky Theater in St. Petersburg.

Since December 2021, Irina has returned to the Bashkir Opera and Ballet Theater as a prima ballerina, where she has been working to this day. In 2015, Kanat Nadyrbek came to Vladivostok at the invitation of the leadership to perform the part of Siegfried in the ballet Swan Lake. Irina was his partner and this is how they first met. Three years later, they got married, and in 2020 the couple had a daughter. To this day, they often dance together a varied classical repertoire and also tour the world. 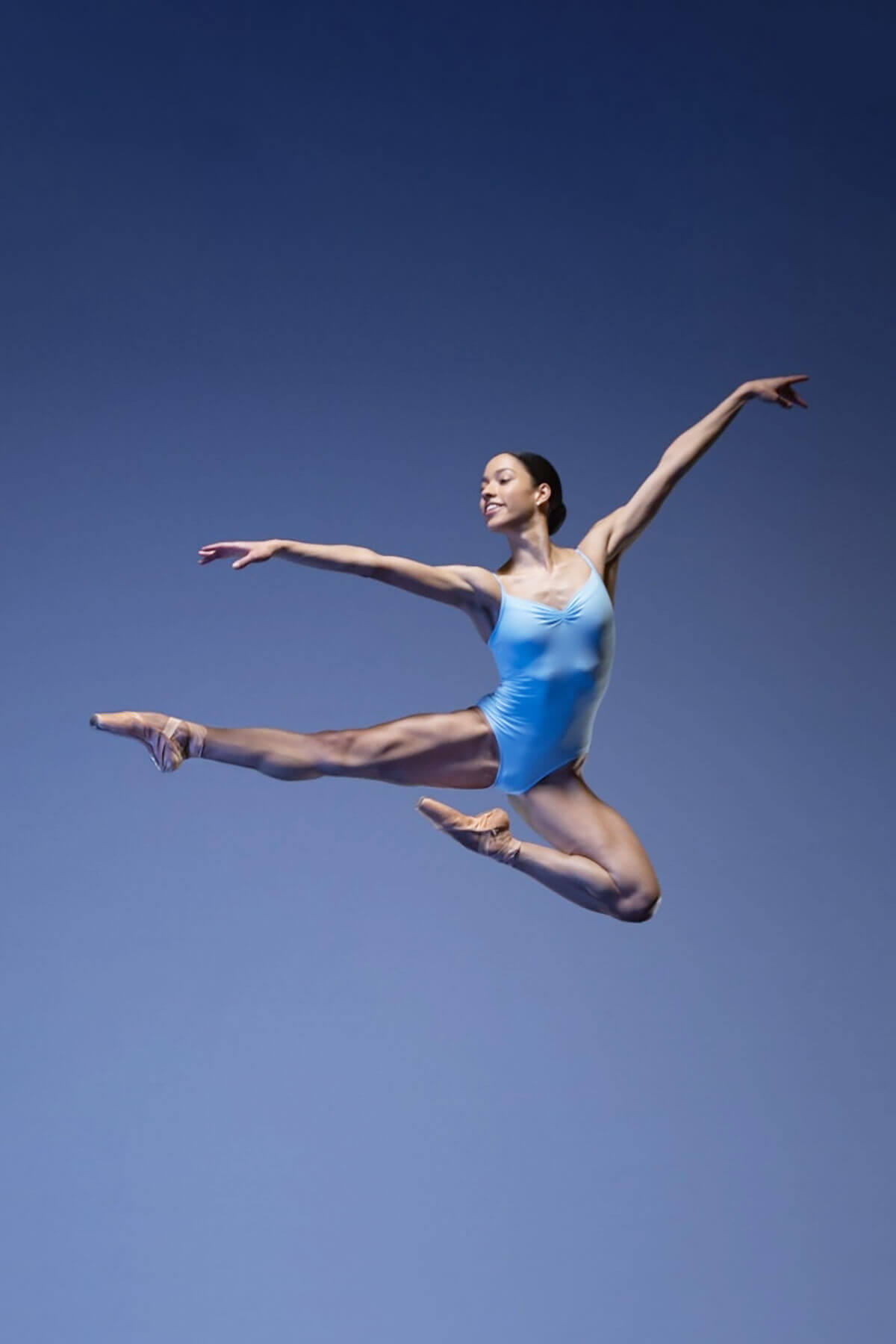 Joy Redington is a professional ballet dancer and ballet teacher. She began ballet lessons at the age of 7 years old along with tap and modern dance at The Vacani School of Dance before gaining a place in Trinity LABAN’s CAT programme.
Achieving distinctions in all RAD and ISTD exams and obtaining a place on the Cecchetti Classical Ballet Scholarship Scheme for 3 years, she then attended London Ballet School (now Manor Ballet) on a full scholarship. She also trained at Masters of Ballet Academy before being accepted into Perm State Ballet School in Russia, one of the leading ballet schools in the world. Joy graduated from Perm Ballet School in 2019 with the highest honours and a teaching qualification.
Straight after graduating, Joy performed all over the world to places such as New York, Washington D.C, Paris, Finland and Shanghai (China).
During the pandemic, Joy completed a year’s trainee program with English National Ballet School. 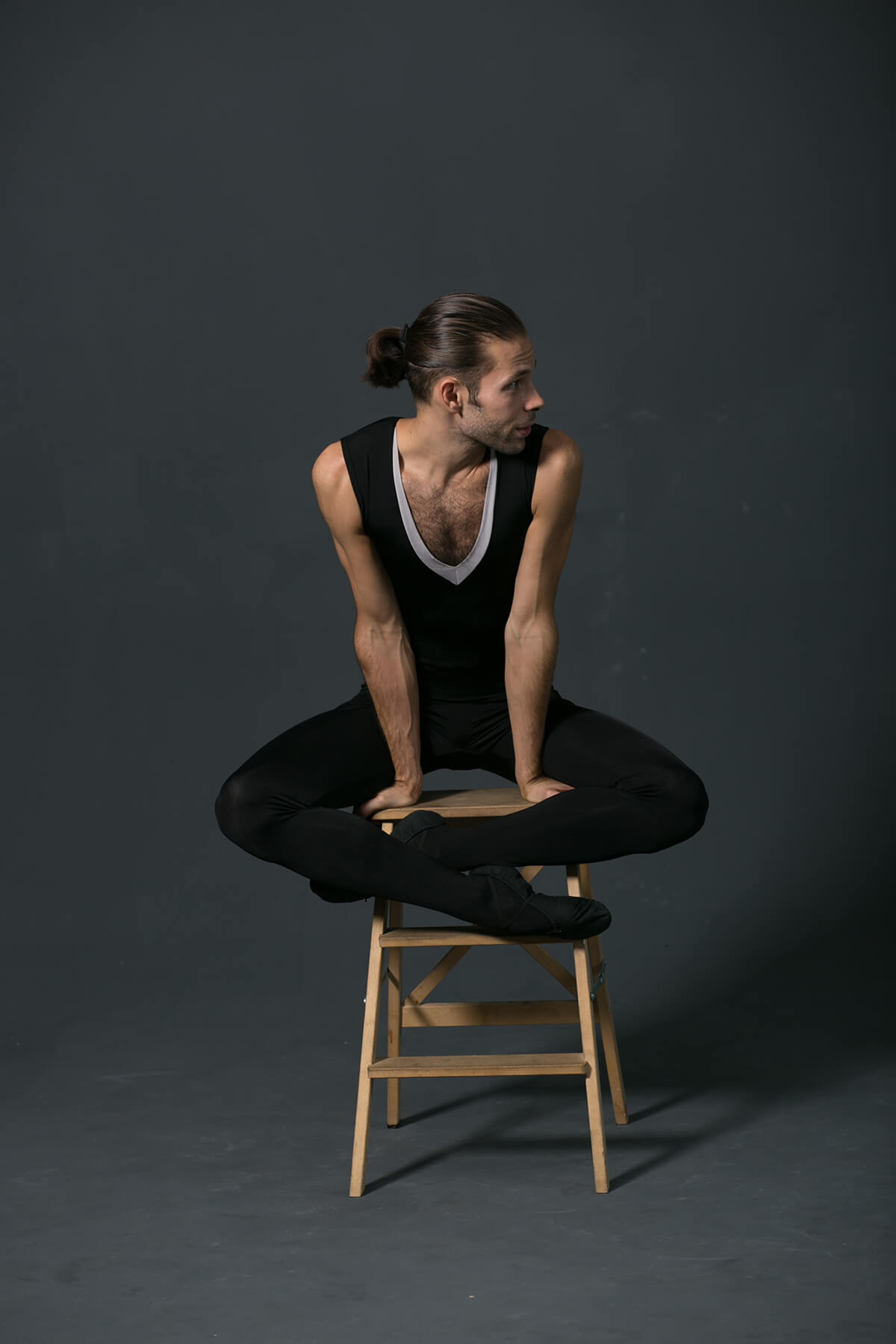 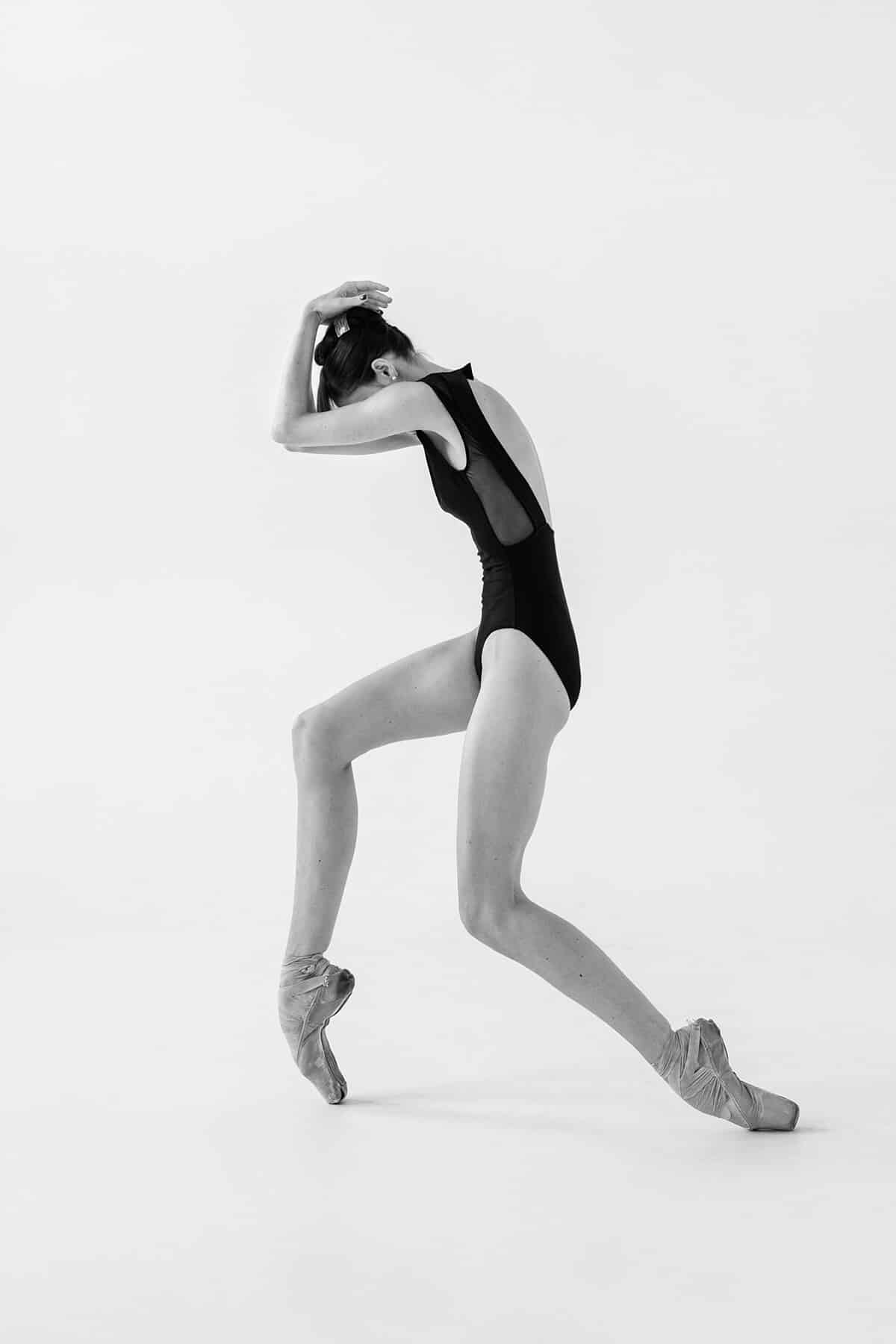 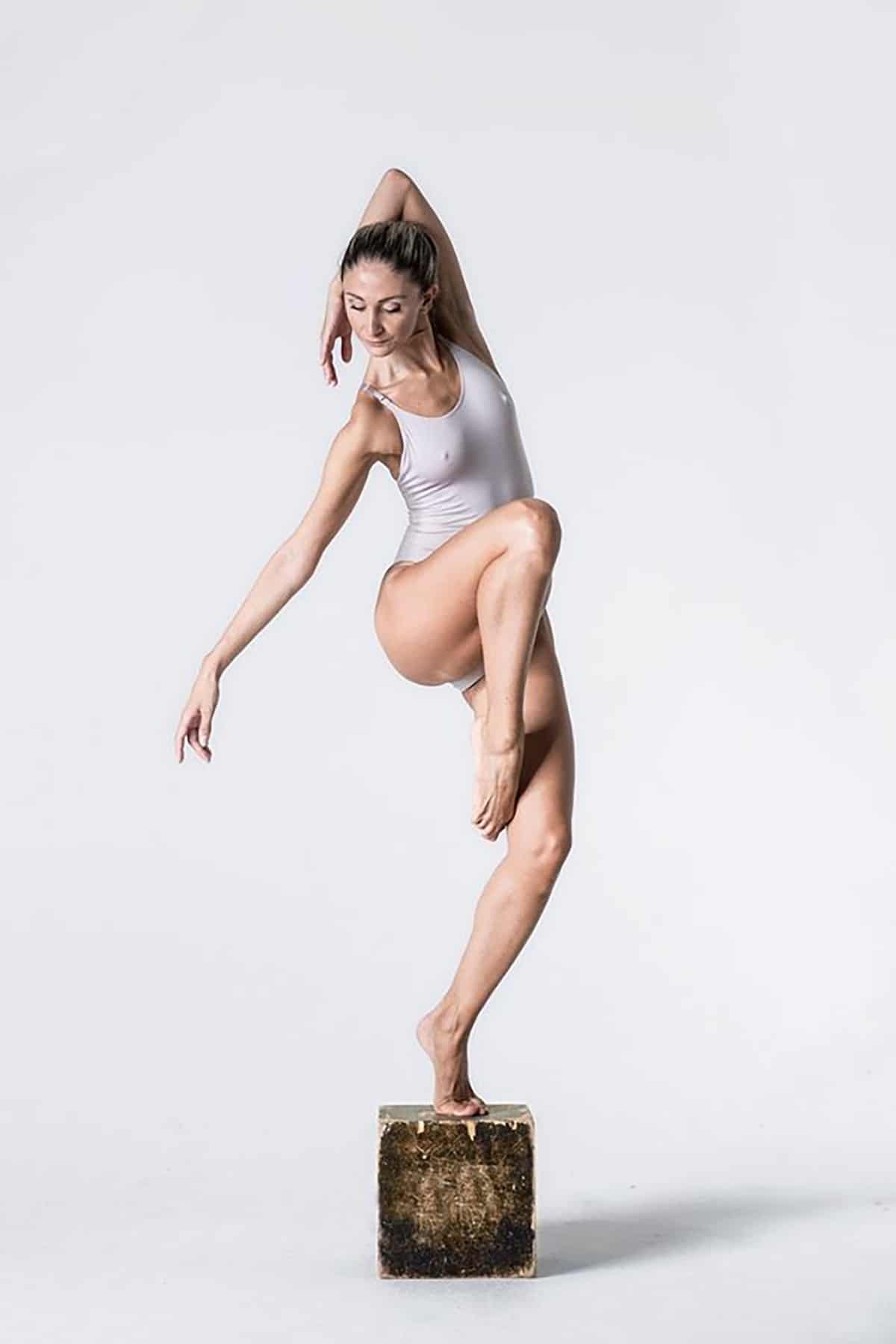 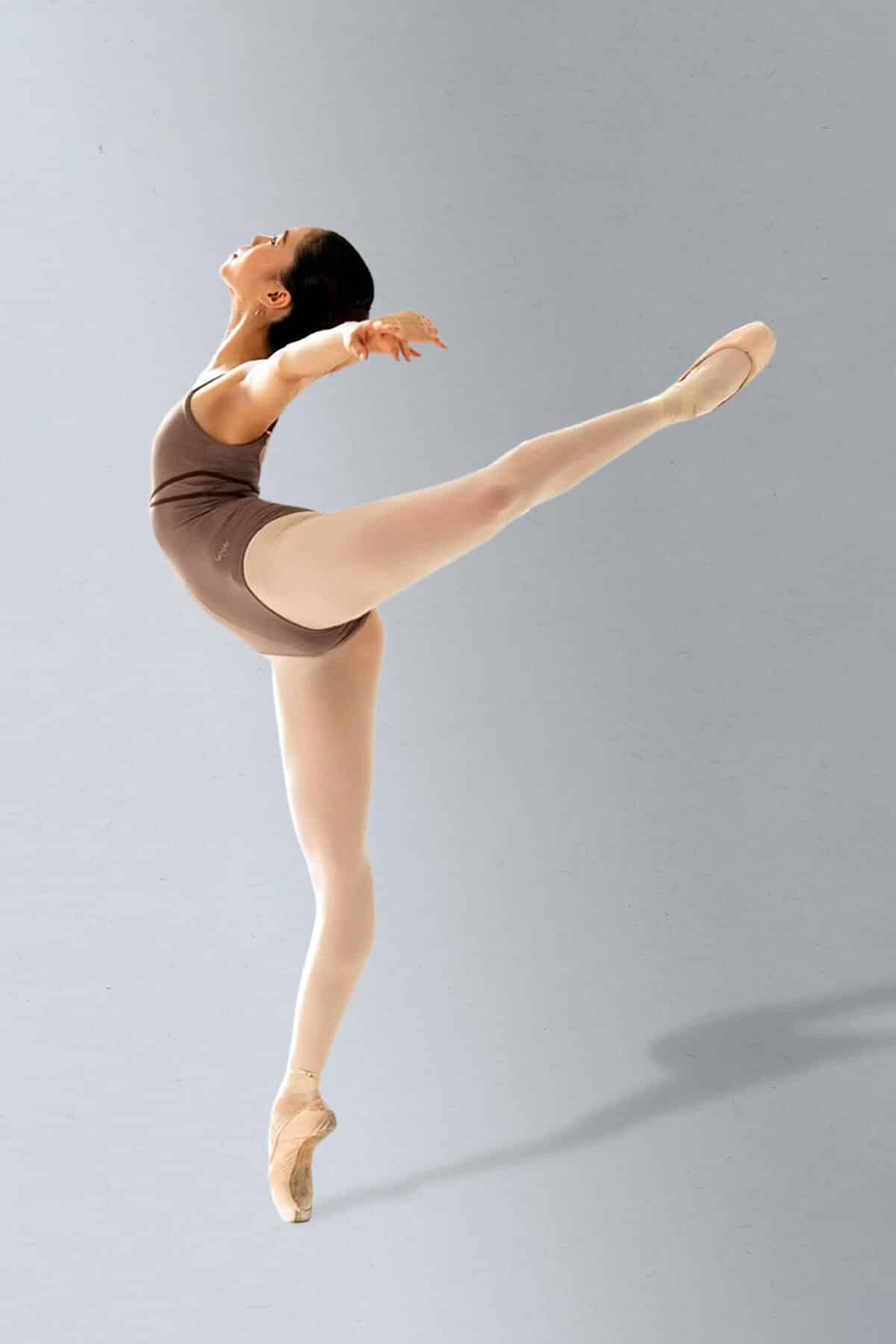 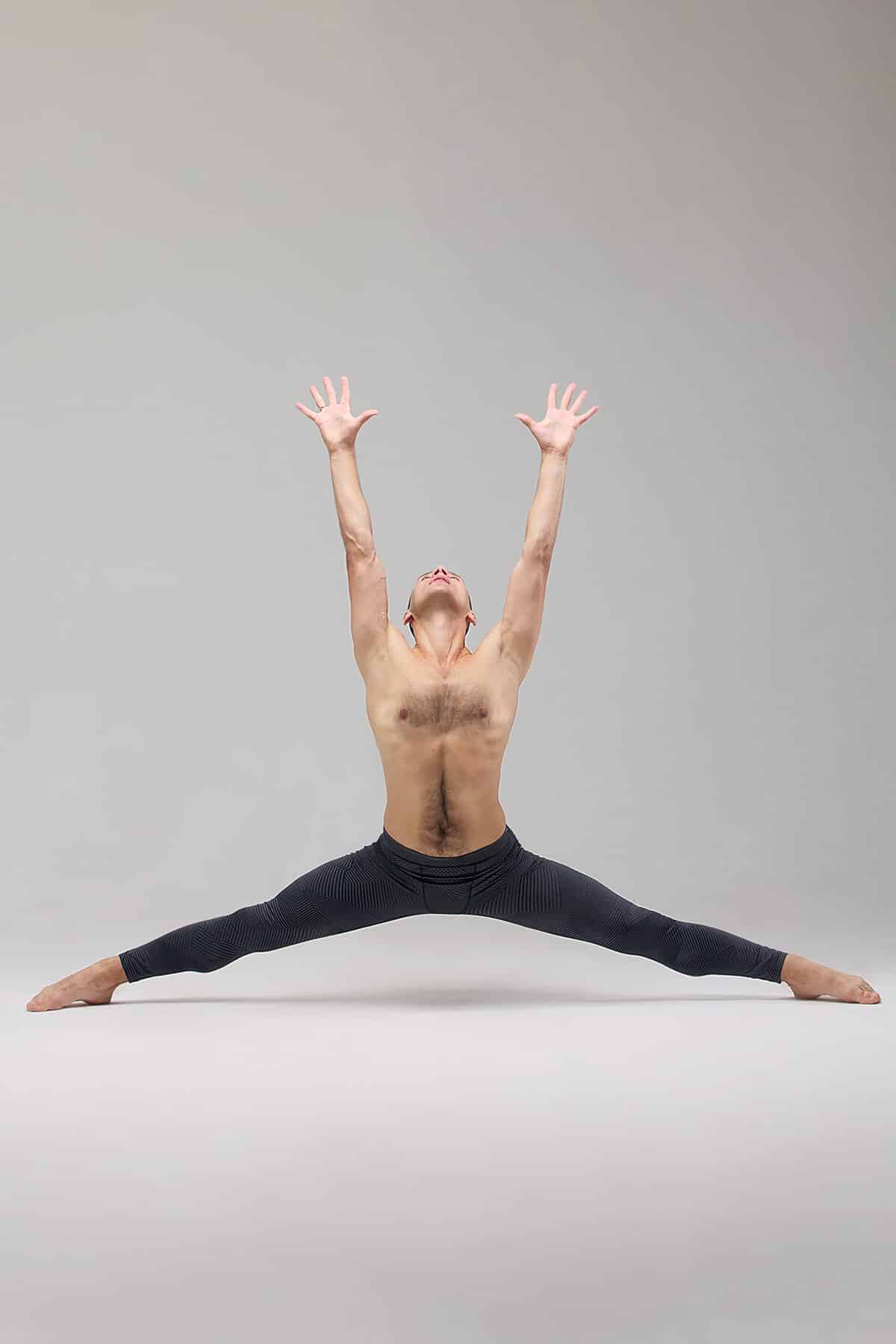 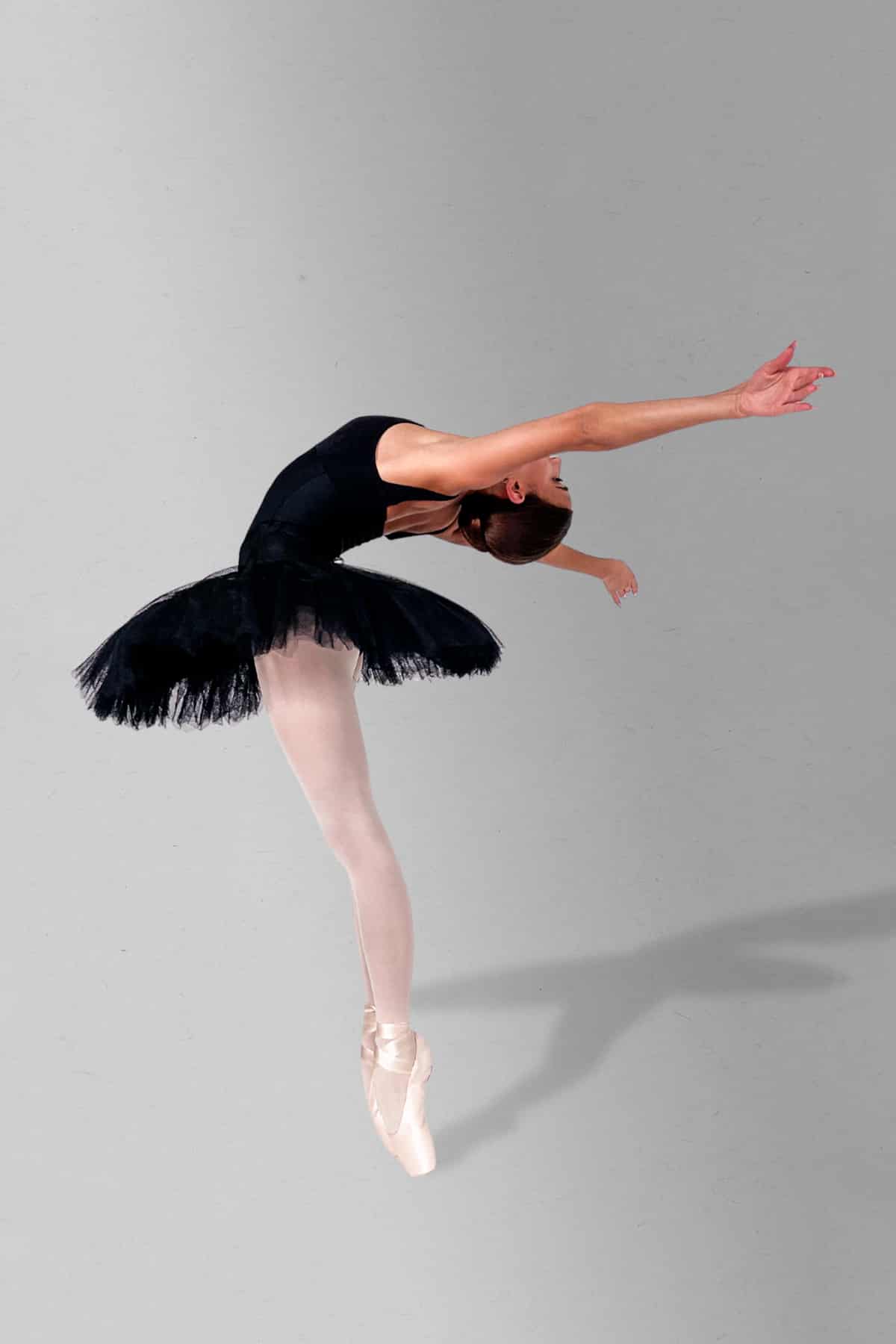 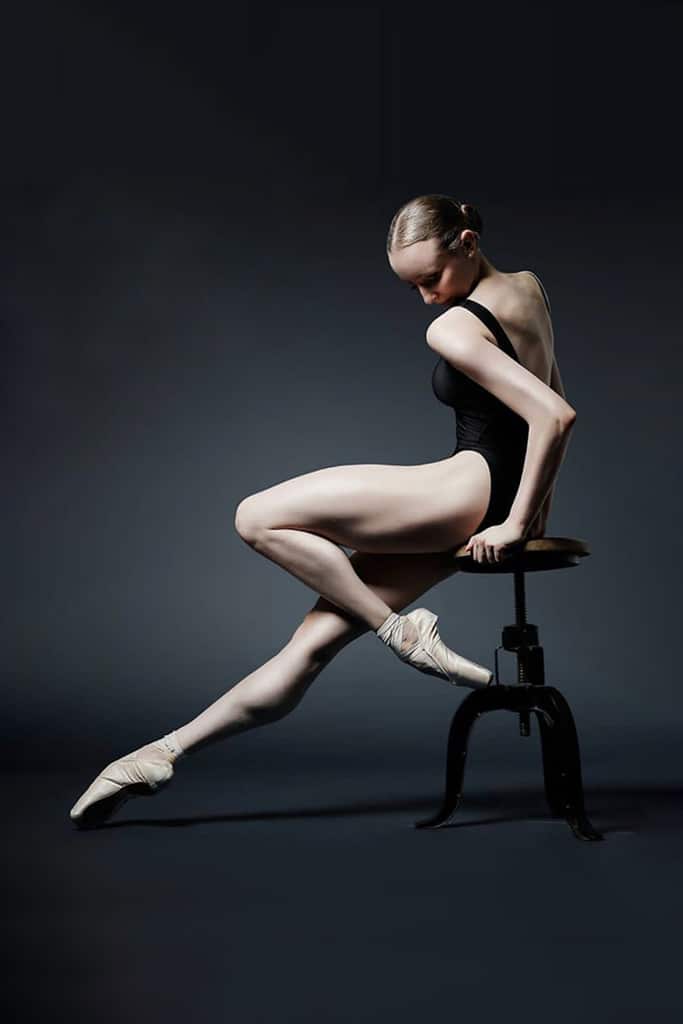